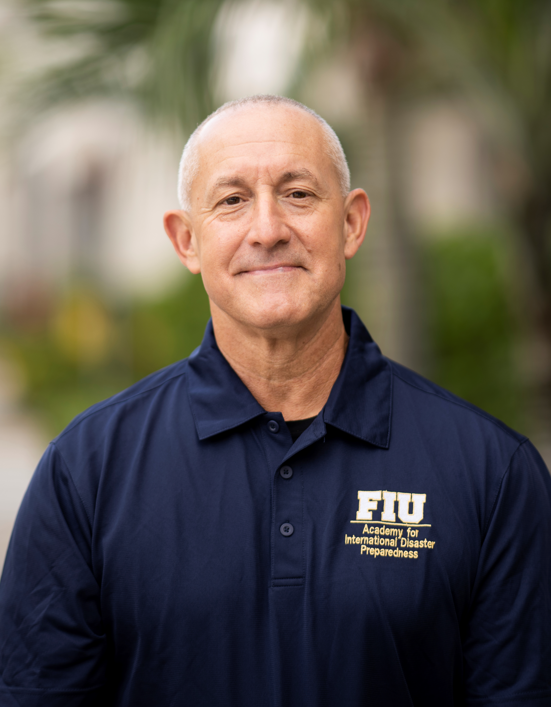 Jeff Rouse has spent 35 years with Miami-Dade County Fire Rescue and is an original/current member (1992) with the Department of Homeland Security, FEMA Urban Search & Rescue Response System. In addition, he has previously served as a Humanitarian Assistance Advisor and Disaster Assistance Response Team (DART) Member (8 years) for the United States Agency for International Development (USAID) during which time he responded to earthquakes in Turkey, Columbia, as well as the 1996 Humberto Vidal Building Explosion in Puerto Rico, the 2000 flood in Mozambique and 2010 Haiti’s earthquake. In his current role, he provides expert advice on disaster response operations and humanitarian guidance, he deploys as a member of FEMA Florida Task Force One, an 80-person disaster response team in the role of Task Force Leader. In addition, he currently serves as a member of FEMA’s National Incident Support Team (RED IST), with multiple deployments within the United States. As A cross-functional, fully certified trainer and advisor with an extensive background in both pre-and post-disaster planning, response, assessment, and process improvement, he continues to strive for excellence and works to mentor others.