The Academy for International Disaster Preparedness at Florida International University focuses on a comprehensive educational foundation in disaster management and emergency medical services that recognizes the need to educate practicing and aspiring professionals who demand additional academic knowledge and realistic experience to be better prepared for, respond to, and recover from natural and human disasters as well as acts of terrorism. Through experiential, online, and classroom learning, learners apply content knowledge, critical thinking/problem-solving, and communication skills to operational approaches of disaster management, empowering learners to be better practitioners and scholars in their chosen field.

To be a leader in providing a world-class education and training in the field of international disaster preparedness, humanitarian assistance, emergency management, and homeland security. 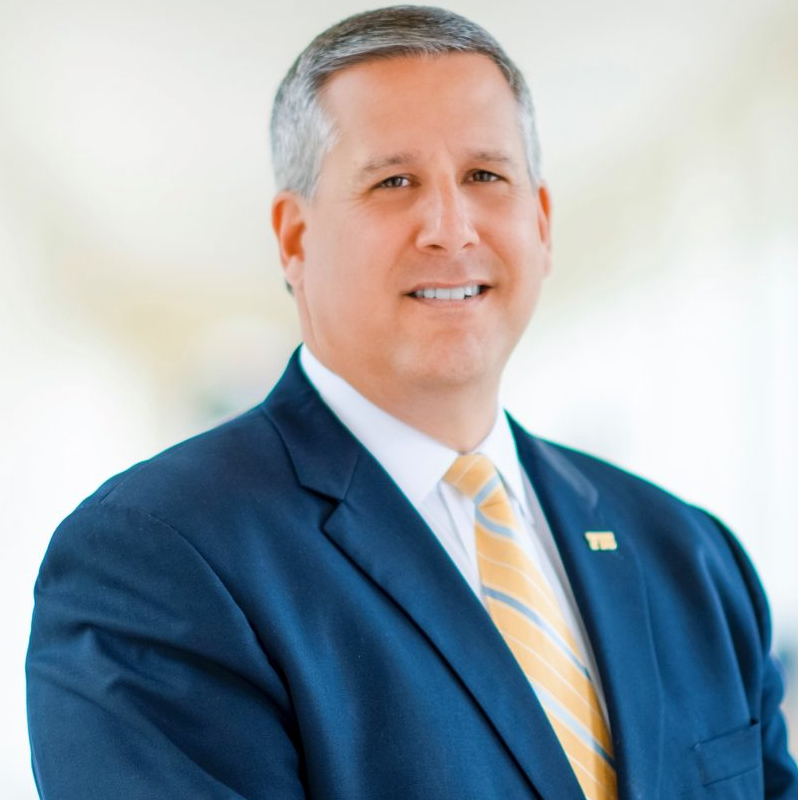 Javier I. Marques serves as Vice President for Operations and Safety & Chief of Staff at Florida International University and is a member of the President’s Executive Committee. He advises the President on organizational and policy decisions, and develops, coordinates and implements a wide variety of presidential initiatives.

Mr. Marques, has over 23 years of experience in public administration, higher education administration, and public safety. He oversees the Office of the President and all ancillary units that report to the office to include the Board of Trustees Office, the Ronald W. Reagan Presidential House and has administrative oversight for the Chief Audit Executive and the Chief Compliance Officer (which also includes Athletics Compliance) and serves as the Board of Trustees’ Liaison for the Audit and Compliance Committee. Additionally, Mr. Marques oversees the Division of Operations and Safety which includes the FIU Police Department, the Department of Emergency Management and its ancillary units and the Department of Parking, Transportation, and Sustainability. Mr. Marques is also an Adjunct Professor at the Steven J. Green School of International and Public Affairs and serves as Executive Director of the Academy for International Disaster Preparedness within the Robert Stempel College of Public Health and Social Work.

Mr. Marques has been instrumental in the development of FIU’s Emergency Management program to include the recruitment of its leadership team. The department has developed from a single coordinator position almost ten years ago, to a fully accredited Emergency Management operation. In addition, he has worked collaboratively with university leadership to assure that all our public safety areas are well equipped and funded to ably carry out their respective missions of keeping our university community safe and prepared. He works with appropriate leadership to assure that there is operational collaboration between units, sites, and campuses as well as advancing university initiatives with governmental affairs to include local, state, and federal policy matters. He is responsible for implementing strategic and tactical objectives of the Office of the President and the Division of Operations and Safety while working across the institution to identify, facilitate, and coordinate opportunities and initiatives which involve multiple university units.

Prior to joining FIU in 2008, Mr. Marques was Chief of Staff at Miami-Dade County where for over eight years he oversaw the Office of the County Commission Chairman and Commission Offices and the management of district and downtown commission offices. Among his many accomplishments with the Office of the Chairman, he successfully organized and developed the Board of County Commission Office of Intergovernmental Affairs with offices in Tallahassee and Washington D.C., while strengthening local relationships with the Dade Delegation and local elected officials. He also administratively organized and developed the Office of the Commission Auditor and Legislative Analysis, the Divisions of Protocol, Employee Recognition and Media Relations, Commission Support Staff, and the Sergeant at Arms. He also established a Commission Command Center at the County’s Emergency Operations Center which serves to help local elected officials address the needs of their individual constituencies during county emergencies. He has been credited for organizing and directing several hurricane relief missions within Florida in the aftermath of numerous hurricanes, as well as the largest organized relief effort to Mississippi in the aftermath of Hurricane Katrina. Mr. Marques has also held senior positions within the Miami Dade Board of County Commissioners and the City of Miami.

A lifetime member of the Florida International University Alumni Association, Javier I. Marques earned his Bachelor of Science and Master of Science degrees from FIU and an MBA from Lynn University. He has also attended the John F. Kennedy School of Government’s Executive Education Program at Harvard University, the Center for Leadership’s Leading Decisions Program at Florida International University, the Leadership Judgement Program at the University of Michigan’s Ross School of Business and the Center for Creative Leadership Management Program in Colorado. He is also a graduate of Christopher Columbus High School in Miami.

Mr. Marques and his wife Lian Marie reside in Miami and are the proud parents of Elizabeth Marie and Javier Ignacio, Jr. 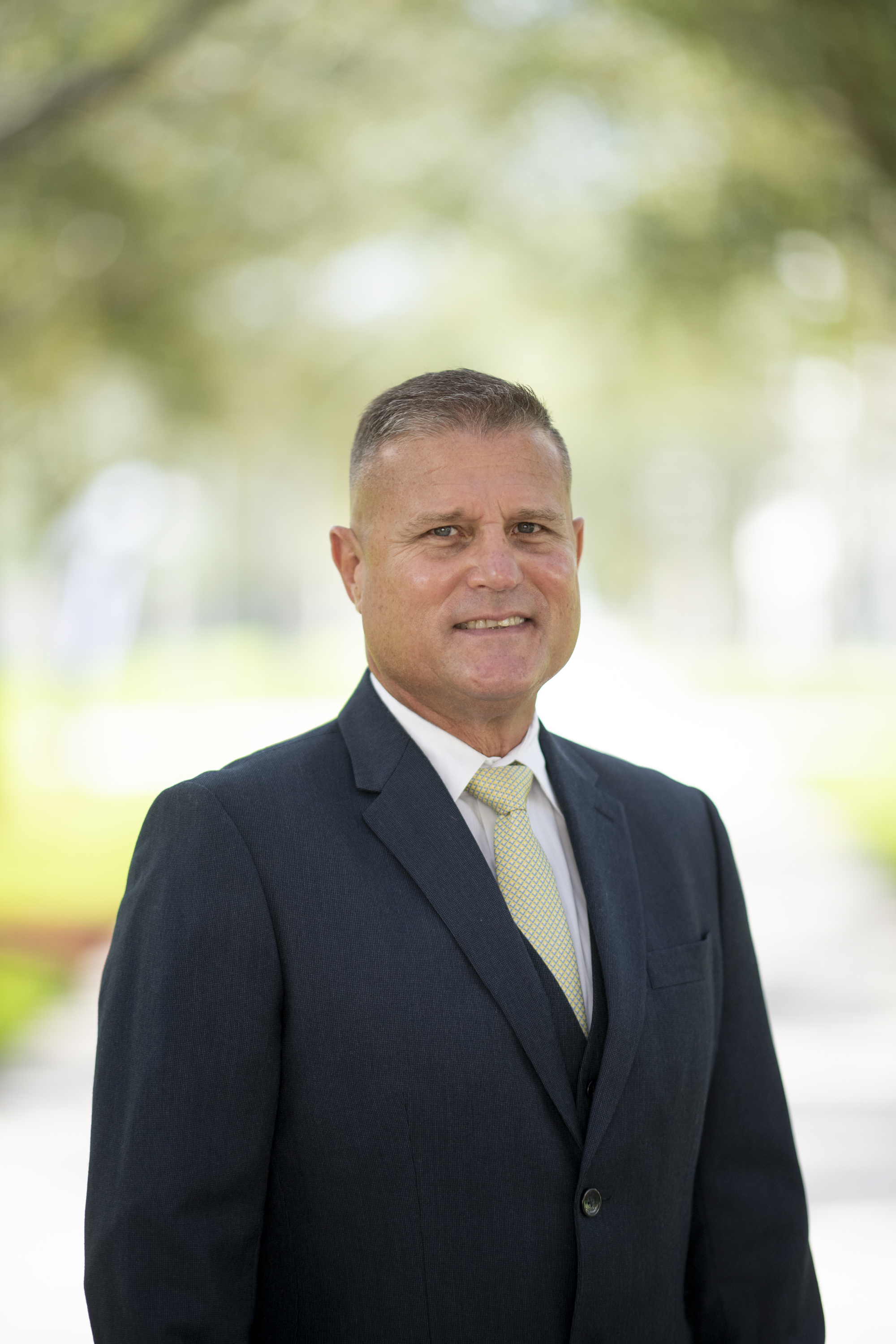 Pete Gomez is a highly motivated and enthusiastic Fire Service professional with a current specialty in the field of Emergency Management. With over 34 years of experience in just about every aspect of the Fire Service, Pete brings a very well-rounded perspective and wealth of experience to any organization.

Pete joined the public sector as a Police Officer in the City of Hialeah in 1983 and worked there until 1985 when he joined the Miami Fire Department. As a member of the Miami Fire Department, he’s been a very proactive in becoming certified in many of the special response areas such as the Dive Team, Hazardous Materials Team, and the Urban Search and Rescue Team (USAR). Pete has held the ranks of Lieutenant, Captain, Executive Assistant to the Fire Chief and currently holds the rank of Assistant Chief of the Division of Emergency Management, with the responsibility of being the City’s Emergency Manager. He recently led the City’s response to Hurricane Irma and is working on the Recovery from Irma. He served as a liaison in the State EOC in support of the State’s efforts for Hurricane Michael.

As the Assistant Chief of Emergency Management, Pete is the administrator of the Department of Homeland Security’s Urbans Area Security Imitative (UASI) which brings millions of dollars into the South Florida region for the purpose of homeland Security. The Urban Search and Rescue Team is one of the 28 Federally funded Teams that response to disasters nationally as well as internationally such as the World Trade Center collapse and the recent earthquake in Haiti, the response to Florence and most recently, the Pan Handle of Florida for hurricane Michael. He is a member of the State of Florida’s Domestic Oversight Council, Executive Board, Co-Chair of the Special Response Teams Coordinating Group and belongs to the Regional Domestic Security Task Force. Pete is one of the committee members of the City of Miami’s Sea Level Rise Committee. 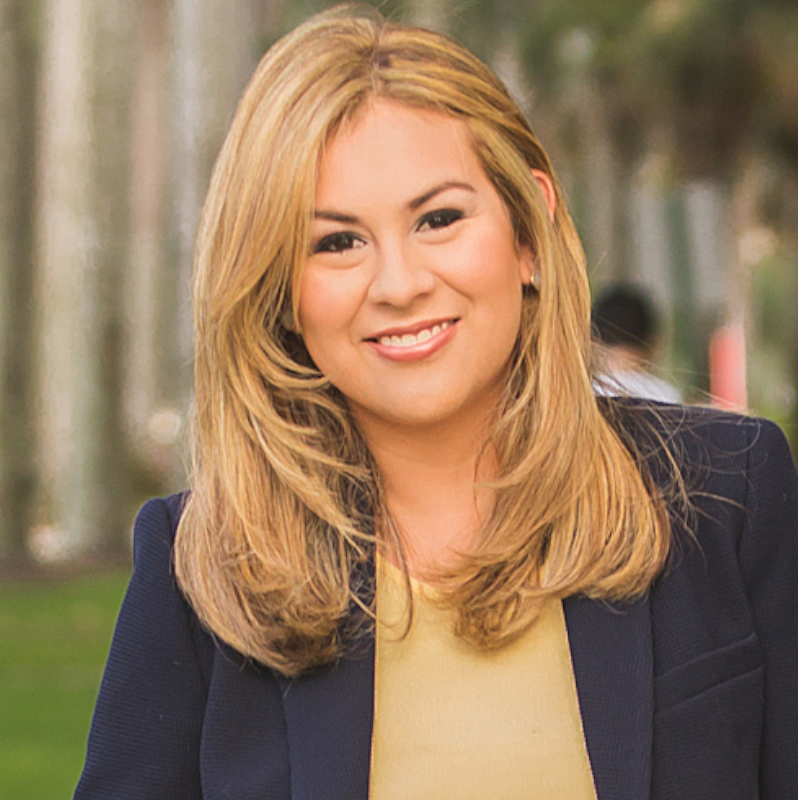 Dulce M. Suarez is a highly qualified professional with more than 10 years of experience in crisis and disaster management operations. At present, Mrs. Suarez serves as the Assistant Director of the Academy for International Disaster Preparedness at FIU. Prior to joining FIU, she served as the Interim Executive Director for a multimillion-dollar non-profit organization. During this time, she coordinated disaster response and recovery activities during several declared disasters including Hurricane Wilma, Hurricane Ivan, Hurricane Matthew, and Haiti earthquake in 2010. She implemented and developed programs in disaster resiliency, humanitarian efforts, human rights advocacy, and strengthening civil society. She has forged strong partnerships and networks with ministries, NGOs, FBOs, donors and multinational agencies. In 2016, joined FIU and focused primarily on research, specifically hurricane mitigation as well as various projects with local and state level focus.

Mrs. Suarez holds a Master’s in International Studies from the University of Miami and a Bachelor of Arts from the University of Florida in Political Science with a minor in History and Latin American Studies. She possesses several certifications, including but not limited to certified in CITT Program Certified- Collaborative Institutional Training Initiative (Human Subjects Research), and certified by the United Nations Humanitarian Civil Military Assistance and Coordination. Mrs. Suarez is now pursuing a PhD in International Relations at FIU. Her major sub-fields are security, foreign policy and comparative studies. 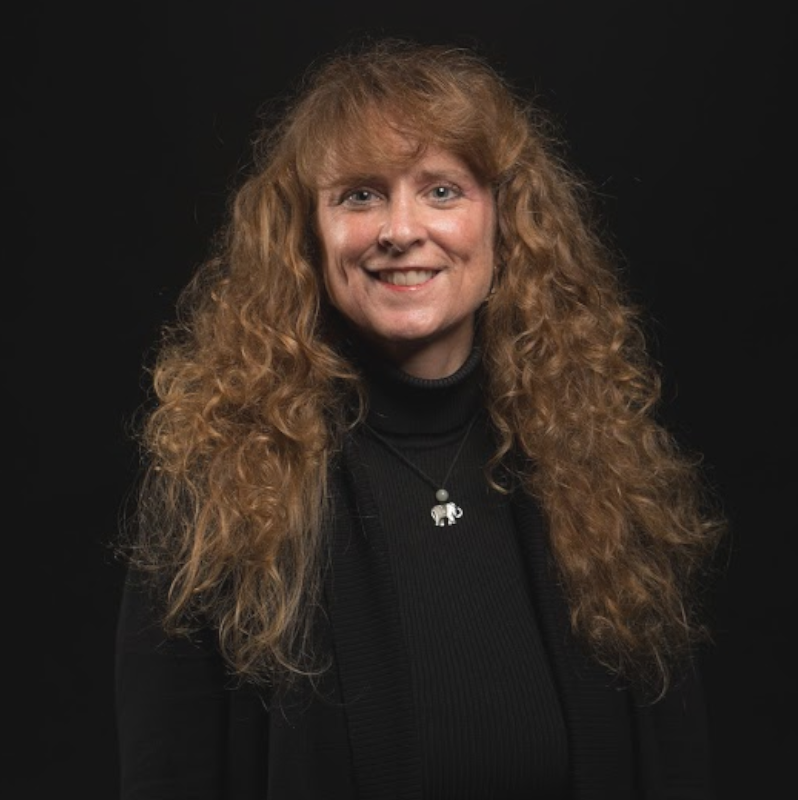 We live in a world of change and uncertainty where our actions are seen, judged and reacted to in an instant. Seconds count and so does your ability to understand, be understood and anticipate what needs to be said as well as relate to what others think, feel, expect, need and believe. Possessing the leadership and communication skills required to be successful as a public servant in the 21st century is a necessity at all levels of an organization.

Ms. Brown has spent her career shaping these skills in individuals at the university level and through organizational trainings in the professional realm. After obtaining her graduate degree in communication from the University of Miami (UM) in 1993, she worked alongside several highly sought-after faculty members from UM who were conducting communication & leadership programs in the private sector; non-profit sector; within local, state and federal branches of the government as well as internationally.  Along the way, she discovered it takes courage and humility to lead effectively and to appreciate how often anyone can make the wrong assumption about people, problems and the right solutions.

In 1994, she accepted a full-time faculty position at Florida International University where she rose through the ranks to the highest academic rank at the University. Ms. Brown is the founding chair of the Communication Arts Department where she served as the chief academic, financial and administrative officer of the department from 2007-2015.  Managing teams, projects and internal politics taught her how to communicate up, down, and across the chain of command in sensitive, fast moving situations.

During her tenure as department chair she continued working with numerous clients throughout South Florida and partnered with FIU’s Center for Leadership to provide communication trainings as part of their well-known leadership program—HR.com and Leadership Excellence Magazine recently ranked the executive leadership program #2 globally besting programs from longstanding institutions such as Harvard, Stanford, The Wharton School of the University of Pennsylvania, The University of Chicago Booth School of Business, and Cornell.

She has authored/co-authored three textbooks: Intercultural Communication: Diversity and Understanding (2013), Speaking with the Confidence of a Leader (2013), and Speaking Intelligently (2004) which are used at various institutions of higher education across the country and she has presented her work at numerous domestic and international conferences.

In 2015 she entered into a training partnership with the City of Miami to produce a customized cultural sensitivity & de-escalation training for the City of Miami Police Department.  Additionally, a Command Level Leadership training was implemented and in July 2016, the City of Miami Mayor, Tomas Regalado, discussed the success of these specialized programs on Hardball with Chris Matthews. These programs have now expanded to other police departments and fire-rescue departments focusing on Leadership Development for first responders for every rank and level of the organization. 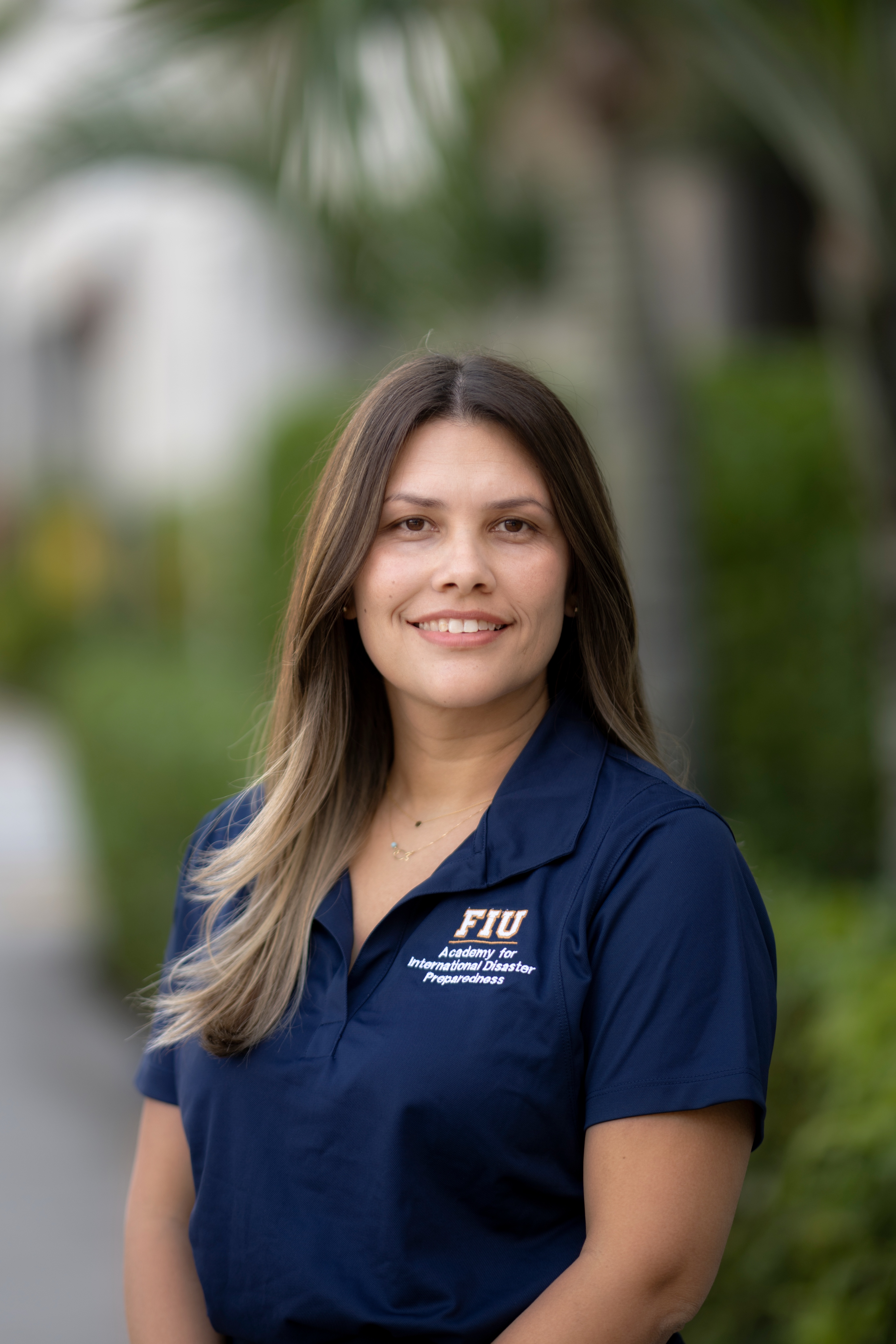 Mileyvis "Mimi" Guzman is a knowledgeable professional who has been working at FIU for over 8 years.   At present, Mrs. Guzman serves as the Sr. Coordinator for Academic Support Services for the bachelor’s program within the Academy for International Disaster Preparedness at FIU.

She has worked for the State of Florida for over 20 years with FIU, Miami-Dade Police Department, and the Department of Elections.  Mrs. Guzman has a Masters of Science degree in Higher Education Administration from Florida International University along with a Bachelors in Liberal Studies with Minors in both Criminal Justice and Psychology.

Mrs. Guzman has been married to her husband Lazaro for 18 years and is the proud mother of two sons, Sebastian and Joshua.

For a copy of the Academy's five-year strategic plan, please select the PDF file below: